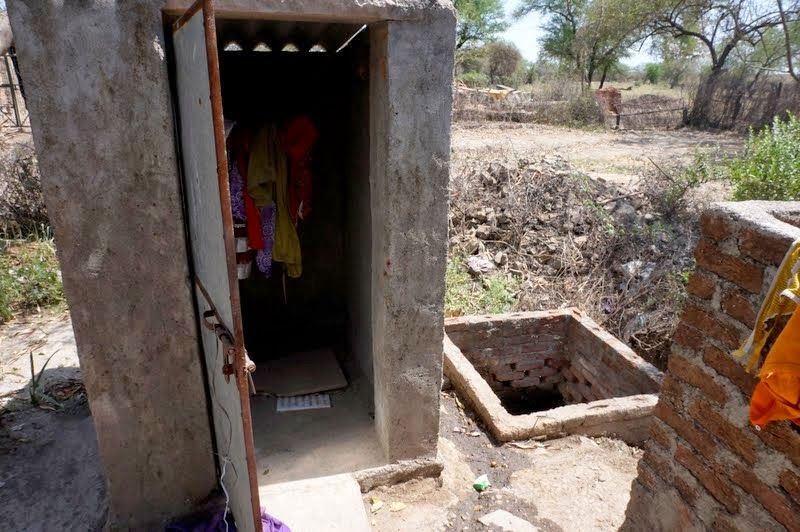 Open defecation, the practice of defecating outside without a toilet or latrine, is causing a public health crisis in India.  It spreads bacteria, viruses, and parasites that kill hundreds of thousands of children each year. In addition to causing infant and child death, exposure to environmental germs stunts children’s physical and cognitive growth, leading to a population of adults who are shorter, less healthy and less economically productive than they otherwise would be. The work of r.i.c.e. researchers has helped shed light on the dire consequences of open defecation for infant mortality, malnutrition, cognitive development and economic productivity in India.

Open defecation is particularly harmful to children’s health where population density is high because germs spread from person to person more easily where people live more closely together. r.i.c.e. research suggests that global efforts to reduce open defecation should focus on rural India because in many parts of rural India, both population density and open defecation rates are extremely high, making it one of the worst disease environments in the world for growing children. Indeed, close to 50% of all people in the world who defecate in the open live in India.  New data from the NFHS-4 show that more than half of rural households in India do not use a toilet or latrine.

Why is open defecation so widespread in India? 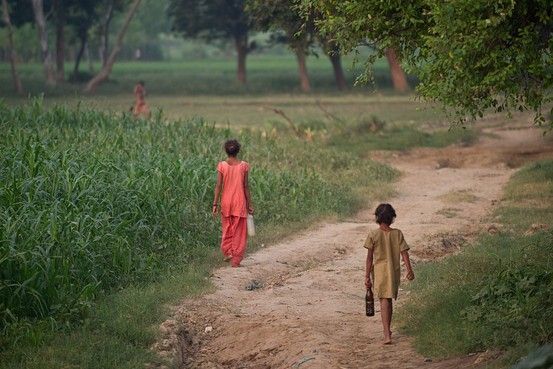 Economic growth has led to improvements in the lives of people in rural India, and yet open defecation remains stubbornly widespread. People in rural India do not build the sorts of inexpensive pit latrines that are used in other countries and that save infant lives and promote child growth. Researchers at r.i.c.e. have conducted original quantitative and qualitative research to explain India’s open defecation puzzle.

We learned that emptying latrine pits, which is routine in rural areas of other developing countries, uniquely carries the weight of great social stigma in India.  Emptying the fecal contents of a pit latrine is not a pleasant task anywhere in the world, but in India, it is a job traditionally only done by individuals of the most oppressed, or Dalit, castes.  The ritually impure and polluting nature of this work is used to justify extreme social exclusion and discrimination against individuals in these communities. People of other castes are unwilling to empty their own latrine pits because of this stigma, and Dalits whose parents and grandparents did this work now often refuse to do so. Additionally, accumulating feces near ones home is considered impure, and defecating in the open is associated with strength and good health.  For these reasons, concepts of purity and pollution and caste and untouchability create great anxiety around the use of pit latrines.  The alternative – open defecation – seems the better option for the majority of rural India.

For a more in-depth exploration of this important issue, see Dean and Diane’s book Where India Goes: Abandoned Toilets, Stunted Development, and the Costs of Caste (available here and here), which was named one of the top 10 non-fiction books of 2017 by The Hindu.

What did the Swachh Bharat Mission accomplish?

The aim of the Swachh Bharat Mission, launched in October 2014, was to eliminate open defecation in India by October 2019. What did the Swachh Bharat Mission do? In late 2018, r.i.c.e. researchers revisited households that they had originally visited in 2014 in rural Bihar, Madhya Pradesh, Rajasthan, and Uttar Pradesh, to understand changes in open defecation over this time period. We reported the results in a research paper published in Economic & Political Weekly.

What did we find? Although rural latrine ownership increased considerably over this period, open defecation was still very common in late 2018 in the four states. Using various statistical methods, we estimated that 40 to 50% of rural Indians in the rural parts of these four states defecated in the open in late 2018, down from around 70% in 2014.

In qualitative work, we also documented the implementation of the Swachh Bharat Mission. We found that local officials used coercion to achieve latrine construction; that they were under substantial pressure from higher-ranking government officials; and that they often organized contractors to construct latrines. Construction often occurred very quickly, and the ODF declaration process did not ensure that villages were in fact open defecation free. Although the SBM taught officials about twin pit latrines, the adoption of this safe, affordable technology by villagers was nevertheless limited.

Unfortunately, the government’s main sanitation policies have historically, and continue to focus on constructing the kinds of latrines that rural people do not want to use, without addressing the long-term and complicated issue of pit emptying. We hope that by educating people about the most important causes of open defecation in rural India, we can encourage the adoption of sanitation policies that are more likely to speed the reduction of rural open defecation.