Soutik Biswas, a Delhi correspondent for BBC, reports on the SQUAT surveys findings about open defecation among people with latrines in their homes. He also argues that building toilets is not enough to end open defecation in India. 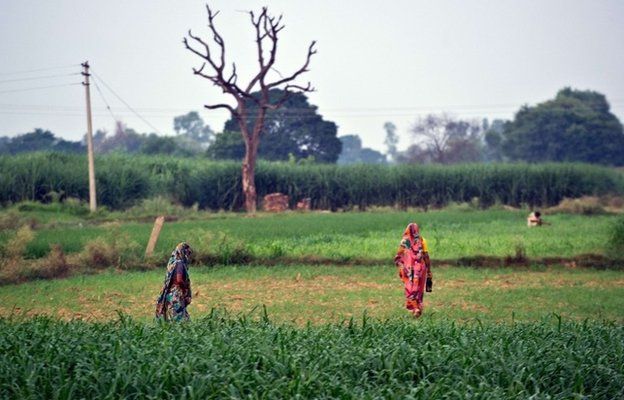 After all, it was unusual for a prime minister to use the bully pulpit in India to exhort people to end this appalling practice and build more toilets.

A staggering 70% of Indians living in villages - or some 550 million people - defecate in the open. Even 13% of urban households do so. Open defecation continues to be high despite decades of sustained economic growth - and despite the obvious and glaring health hazards.

The situation is so bad that open defecation is more common in India than in that are poorer countries such as Bangladesh, Kenya, Democratic Republic of Congo, Malawi, Burundi and Rwanda.

But building toilets may not be enough to end open defecation in India, a new study has found.

A team of researchers asked people in 3,235 rural households in five north Indian states where they defecate and their attitudes to it.

Some 40% of Indians live in these states - Bihar, Madhya Pradesh, Rajasthan, Haryana and Uttar Pradesh. They also account for 45% of households without a toilet. Also, a third of all people worldwide who defecate in the open live in these five states.

The study found that people in households with working toilets continue to defecate in the open, and that toilets provided by the state are especially unlikely to be used.

"In short," the study says, "we find that many people have a revealed preference for open defecating such that merely providing latrine access without promoting latrine use is unlikely to importantly reduce open defecation."

Why do so many Indians still prefer not to use toilets, even if they are available?

The survey found a range of replies - most said they found it "pleasurable, comfortable, or convenient". Others said it "provides them an opportunity to take a morning walk, see their fields and take in the fresh air". Still others regarded open defecation as "part of a wholesome, healthy virtuous life".

"Building toilets is not enough. What you need is a widespread motivation and information campaign," says Dr Bindeshwar Pathak of Sulabh, a non-profit organisation which has built 1.3 million household toilets in villages.

MP and writer Shashi Tharoor says Indians also have a cultural problem when it comes to sanitation: "We are a nation full of people who live in immaculate homes where we bathe twice a day, but think nothing of littering public spaces, spitting on walls, dumping garbage in the open and urinating and defecating in public, because those spaces are not 'ours'."

So how do you promote behavioural and cultural change?

India, researchers say, "needs a massive campaign to change sanitation preferences" and promote toilets by linking sanitation behaviour with health. One of the ways it can be done is by raising an army of sanitation workers and campaigners in the villages to spread the message.

Punishment can also help, within reason: In a part of Haryana where Sulabh has built 100 household toilets a village council chief fines people caught defecating in the open.

Imaginative designs could also help: Sulabh has designed an open roof toilet to incentivise men who feel claustrophobic in the confines of a toilet, although it is not clear how this will work in bitter winters or monsoons.

Women could possibly be persuaded to help with education efforts - studies show that they are likely to use toilets more than the men.

"I know of women in villages who stay up all night to take their daughters to defecate outside," says Dr Pathak.

Mr Modi has announced plans to build more than 100 million toilets in the country to end a shameful practice. But many believe the money will not be well spent unless it's accompanied by a massive awareness campaign, involving the government, non-profit groups and citizens.

You can read the full article here