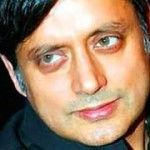 (Dr. Shashi Tharoor is a two-time MP from Thiruvananthapuram, the Chairman of the Parliamentary Standing Committee on External Affairs, the former Union Minister of State for External Affairs and Human Resource Development and the former UN Under-Secretary-General. He has written 14 books, including, most recently, Pax Indica: India and the World of the 21st Century.)

I landed in Romania on Thursday this week to attend and address the Bucharest Forum, only to be greeted by a flurry of messages. The Prime Minister's office had been trying to reach me while I was airborne. While I was travelling and uncontactable, the PM had gone ahead and announced his invitation to me to join a panel of nine prominent Indians to promote his new Clean India campaign. Some in the media, inevitably, were trying to stir up a controversy: I was the only politician, and worse, the only Congressman, on his list. What did this portend? Was I defecting to the BJP? Would my party be furious if I accepted?

I was honoured, of course, by the invitation. Which Indian worthy of the name would not be humbled to be tapped by his Prime Minister for a national cause? At the same time, I was a bit mystified by the fuss. This was not the first time the PM had reached out to me for a non-political purpose: less than a year ago, then-Chief Minister Modi had asked me on Twitter to join him in exhorting young Indians to register to vote. I had already been doing just that in my constituency, and I had no difficulty in adding my voice to his on social media to make an appeal to young voters. I saw the Clean India campaign in much the same light.

A clean India would benefit all of us, and I am delighted to support the Prime Minister's initiative. At the same time, as I also said in accepting his invitation, I am not a fan of tokenism, and I was worried the campaign would descend to symbolic photo opportunities for grandees who would never touch a broom again after October 2. Clean India is a great campaign idea, but the real challenge will be to sustain it beyond a week of photo ops. The Prime Minister asked those who joined him at the campaign launch at Rajpath to take a pledge to "remain committed towards cleanliness and devote time for this" and to "neither litter nor let others litter."That pledge will have to be honoured not just for a week, but every day for the rest of our lives.

As for the Congress party, it reacted maturely to the announcement, with former minister Rajiv Shukla rightly decrying the silly speculation about "Tharoor inching towards the BJP". "Why should we be surprised about it?" he asked. "There are a lot many things which every government has to do and the Opposition has to cooperate". Shuklaji is right: indeed, as he said, the Congress would have welcomed it if the Prime Minister had invited many other Congress men and women to join his effort. After all, it had been launched on the birthday of the greatest Congressman of us all,Mahatma Gandhi, who once said, "Sanitation is more important than Independence".

Mr Modi has been effective in using his Prime Ministerial position - what Americans, in Theodore Roosevelt's phrase, like to call the "bully pulpit" that comes with high office -- to drive change from the top.Like so many others, I myself have written articles about our appalling lack of public hygiene (one of which, long before I entered politics, was made a required text in Kerala high schools by the state's Communist government), but no individual Indian can match the reach of a Prime Ministerial initiative. When a PM picks up a broom, it is news; the country pays attention.

By launching his 'Swachh Bharat' campaign on the occasion of Gandhi Jayanti -- which over the years has been reduced to a casual holiday in which the last thing on anyone's mind is the Mahatma or his beliefs - the Prime Minister has grabbed the nation's attention. His invitation to nine people who are not part of his government helped portray it as a people's movement rather than a government drive. Who would be churlish enough to refuse an offer to participate in a people's movement, inspired by Mahatma Gandhi, thatwould improve the lives of all Indians?

Let's also remember that the Swachh Bharat campaign is an attempt by PM Modi to give a new fillip to a national effort of successive governments -- one that has failed to achieve its objectives for years. Congress gave the nation a Rural Sanitation Programme, which in 1999 was changed by the first NDA government to a Total Sanitation Campaign, with equally modest results. The UPA government in 2012 subsumed that into a Nirmal Bharat Abhiyan, with the objective of making the nation Open Defecation Free by 2022. Modiji, who acknowledged the work of previous governments, has advanced the UPA's deadline by three years and given the effort a national visibility that sanitation has not enjoyed before. But there is no guarantee that it will succeed any more than its predecessor programmes.The fundamental problem lies in our people's ingrained behaviour patterns - and mindsets are the hardest things to change.

The government has announced that it would spend about Rs. 2 lakh crore on building more than 111 million toilets, and invited contributions to a new "Swachch Bharat Kosh" (Clean India Fund) to attract contributions from corporates and well-heeled individuals. The UPA named Swachhata Preraks or sanitation coordinators who were working in the rural districts.

The Clean India effort would make swachhatapreraks of us all. The PM's personal involvement, his websites and Twitter feeds, his Walkathon and the reach-out to nine Indians (who are each supposed to reach out to nine more, and so on) are intended to enhance national awareness of the campaign. It reminds me of the mass movement that brought Kerala to full literacy, as volunteers fanned out to remote hamlets, leper colonies and tribal hutments to reach the unreached. That's the kind of sustained effort that will be needed to make Indian clean.

As Health Minister Harshvardhan has pointed out, poor sanitation breeds infections and leads to major public health problems; studies have proved a correlation between poor public hygiene and the stunted growth of many poor Indian children, while better sanitation leads to lower infant-mortality rates. A study by scholarsDean Spears and Sneha Lamba proves that children using toilets have better cognitive skills than those who don't. "Our results suggest," they conclude, "that open defecation is an important threat to the human capital of the Indian labour force."

But our government has discovered that even when toilets are built, people continue to defecate in the open, most out of sheer habit. An estimated 53 per cent of Indians still do so: one survey across several north Indian states learned that 47% found open defecation "pleasurable, comfortable or convenient". Litter is everywhere because we are used to discarding things in public places - roads, pavements, beaches - and because there are few public garbage bins anywhere.

An attempt to install wastebaskets at every street corner in Delhi and Mumbai found they were being stolen; when they were replaced by iron or concrete bins that could not be removed, those became tempting targets for terrorists to drop lethal explosives into, or so the security wallahs claimed. Thus ended our very brief attempt at abolishing littering. As one who habitually carries everything from used chewing-gum to discarded wrappings in his pocket till I can throw them into a bin, I can testify from personal experience how difficult it is to find a public dustbin on the streets of India.

We also have a cultural problem: we are a nation full of people who live in immaculate homes where we bathe twice a day, but think nothing of littering public spaces, spitting on walls, dumping garbage in the open and urinating and defecating in public, because those spaces are not "ours." It is this individualistic mindset and lack of civic consciousness that makes our country a land of private cleanliness and public squalor. Educating Indians about public hygiene must start in schools and be drummed into the minds of adults through information campaigns, exhortations and warnings - as well as fines and punishments for willful disobedience. If we can fine people for exceeding the speed limit or not wearing a helmet - on the grounds that such behaviour is a menace to others and a cost to society - we should fine litterers and despoilers of public spaces on the same grounds.

It's a long hard road ahead. All over the country, thousands of government employees attended office on Gandhi Jayanti to put in a few hours of manual labour to clean the premises and the surrounds. As one who has long argued that the best way to commemorate the birthday of the man who declared "Work is Worship" is to work rather than take a holiday, I find that gratifying. But the challenge is sustainability. Once the initial enthusiasm has waned, how do we keep it up? And what about the structural problems - where do we get rid of the waste we sweep up? Do we have enough landfills, waste disposal plants, incinerators, recycling plants, compost heaps? Building toilets is not enough - we have to create entire systems, while changing mindsets all the way.

Since I was in Bucharest, I asked the Ambassador if the Embassy needed cleaning, but she and her staff had already just done that. When I come back to India, I'll focus on honouring my commitment to the Prime Minister - and the nation -- by identifying a good placein my constituency to start with. Let's see whether by next Gandhi Jayanti we have all succeeded in making a visible difference.

You can also see the full article here