What makes people give... and to whom?

Psychologists and behavioral economists have long identified an "identifiable victim effect": people are much more likely to donate to help if an appeal mentions one needy person than if millions of people in need are invoked. This may be paradoxical if these "statistical victims" actually imply a much worse problem, needing more help.

In joint work with Ashwini Deshpande, we've shown that there is an important twist in India. You can often tell if somebody belongs to a low-ranking caste based on their name. In a troubling inversion of the identifiable victim effect, people don't want to give to helped named low caste victims. 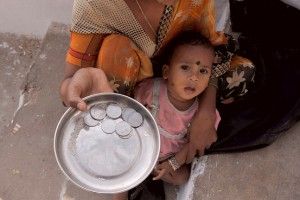 From the Wall Street Journal Economics Journal blog. Their caption asks: "What is it about stories that prompt total strangers, many living thousands of miles away, to give generously? Rupa Subramanya explains."[/caption]

Rupa Subramanya of the Wall Street Journal has written a blog post about this research and other findings. You can read it here: http://blogs.wsj.com/indiarealtime/2012/10/24/economics-journal-what-makes-people-give/