This is the story of government sanitation funding in one of the villages that the “switching study” visited in Fatehpur district in the end of January.

In the past fifteen years the village has had three pradhans, or elected village leaders; for the first five years it had an upper caste pradhan, for the next five a scheduled caste pradhan, and now there is an pradhan from the "other backward castes" who lives in a different hamlet of the village. Funds tagged to several, government run sanitation programs got disbursed to the panchayat three times in the last 15 years. Simply looking at the amount of government resources that have been dedicated to latrines would paint a bright picture of sanitation in the village, but the actual story of sanitation is quite bleak: except for some upper caste Hindus and a few Muslim families (who have mostly made their own latrines), everybody defecates in open.

The first phase of latrine funding came some 12-13 years ago. It was tagged to Indira Awas Yojana, a program which gives poor villagers money to build brick houses and latrines. The number of latrines which were made then, and still exist today, is minuscule. One reason for this is that the pradhan and the secretary took a cut from the IAY funds that beneficiaries received. Since latrines are less of a priority for beneficiaries than houses are, people often took short cuts with the latrine construction. Government officials only “check” that latrine superstructures have been constructed, so people made superstructures to use as a bathroom, or to pee in, but did not invest their scarce resources in a pit that they considered large enough use for defecation.

The second phase of latrine funding came some 5-10 years ago. People were asked to put in a share of Rs. 400, and the government added its own share to build latrines. Then in July 2013, funds to make 254 new latrines came in the village. This funding likely came under the Uttar Pradesh government program, Sampoorn Swatchya Abhiyan. To our surprise, there are almost no new, functioning latrines visible in the village. We tried to enquire into the reason why people thought that these government sanitation programs had failed in their village. They pointed out that the programs give 2200 rupees per latrine, which is not enough to make a latrine that people are likely to use. So the pradhan and the beneficiary each take a share out of the money, and simply erect a small superstructure for show, in case someone comes to enquire. A well educated scheduled caste family living at the edge of the village told us: “It solely depended on the beneficiary if s/he would invest the disbursed funds in the latrine or not.... people have just made the superstructures with a small pit and do not use it at all... they use the remaining funds for some other private expense.”

There are a very small number of government latrines that are in use in the village; these tend to be located in the center of the village, in upper caste households. They are used by women, whose movement is socially restricted and disabled or older people, who are unable to go out and defecate in open due to difficulty in walking. In families which have made their latrines with their own money, it is more likely that all the members of the household use them. The main difference between privately constructed latrines and government latrines is that when people construct latrines with their own money, they build much larger pits.

Indeed, pit size emerged as the main reason that people gave when explaining why they do not use government latrines, which were referred to as “temporary” by many people. An IAY beneficiary, whose government latrine had only a superstructure but no pit, said: “How could we use something with such a small pit?...it would be dirty…gas would come up and out [into the superstructure] because there is no space in there…in a big tank it is OK to put in a [gas] pipe.... the pit should have been at least 8 feet deep.” A person from the low caste hamlet who had received a government latrine said, “The latrine was not made well, that is why we go outside…a good latrine should have a pit at least 8 feet deep.”

These quotations suggest that villagers do not find inexpensive latrines with small pits acceptable: they would either like to use an expensive latrine with a large pit, or would go out and defecate in open. People also feel troubled in using small pit latrine because they say it smells and would need to be cleaned soon. They seemed to feel that pit cleaning would be a major problem since it would involve calling the “machine” from the city, which would be very costly and cumbersome. They were concerned that small pits also overflow in the rainy season and have less water absorbing capacity.

The experiences of the few households that used their government latrines suggest that these are misconceptions on the part of the villagers: government latrines (at least those which were constructed for high caste people) actually seem to work just fine and last a long time. However, in order to attain the total sanitation in rural India, these views need to be respected and addressed by both the governments and NGOs working in sanitation. 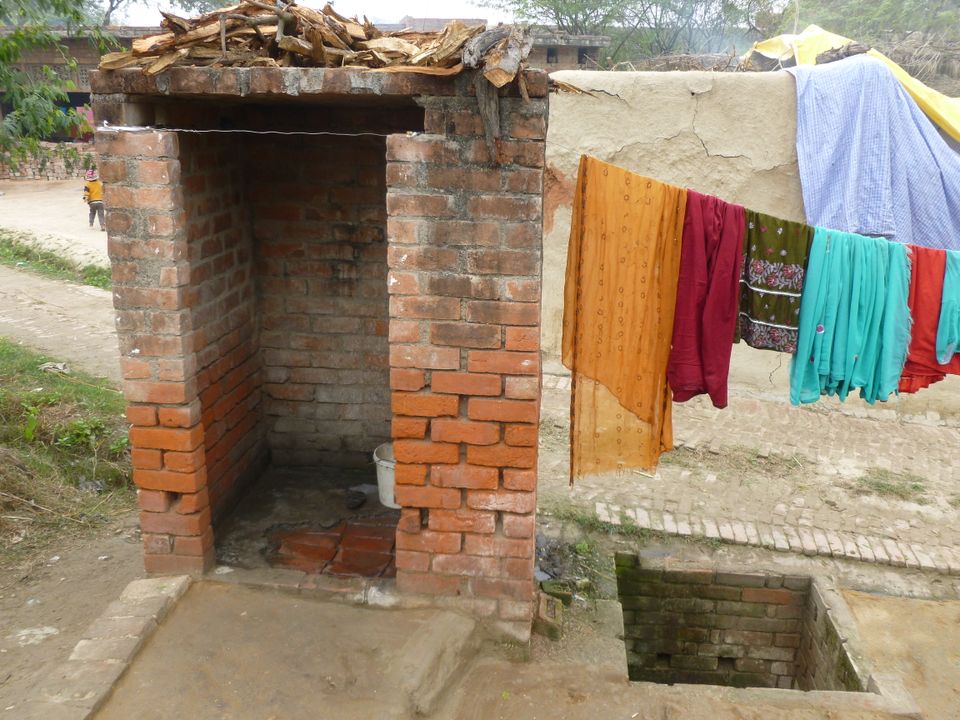