Last week I went to Chapel Hill, North Carolina to present our research on sanitation and child height at the UNC Water and Health conference. While traveling, I replaced my old suitcase from Banswara, Rajasthan with a new one, in the process receiving a striking reminder of relative height differences between India and the U.S.:

There were many interesting papers at the conference, and I can’t write about them all here. One that stood out was “Can fly counts near latrines indicate sanitation improvements? Findings from rural Bangladesh” by Sania Ashraf and coauthors. Providing latrines is one thing, but what counts for improving health is whether people use them and whether the latrines safely dispose of feces. Measuring successful latrine use, behavior, and performance is very difficult in surveys, especially if you just gave somebody a free latrine, and now you are asking them whether they use it and if your “gift” works well. Ashraf and colleagues offer a clever idea: by stringing tape to catch flies, they can count the number of flies in an area as a measure of fecal contamination in the environment. Flies, after all, hang out around poop. Around 20 to 27 percent more flies were caught near latrines that inadequately isolate feces. In principle, this suggests that a future study could rely on fly counts as an outcome of interest. 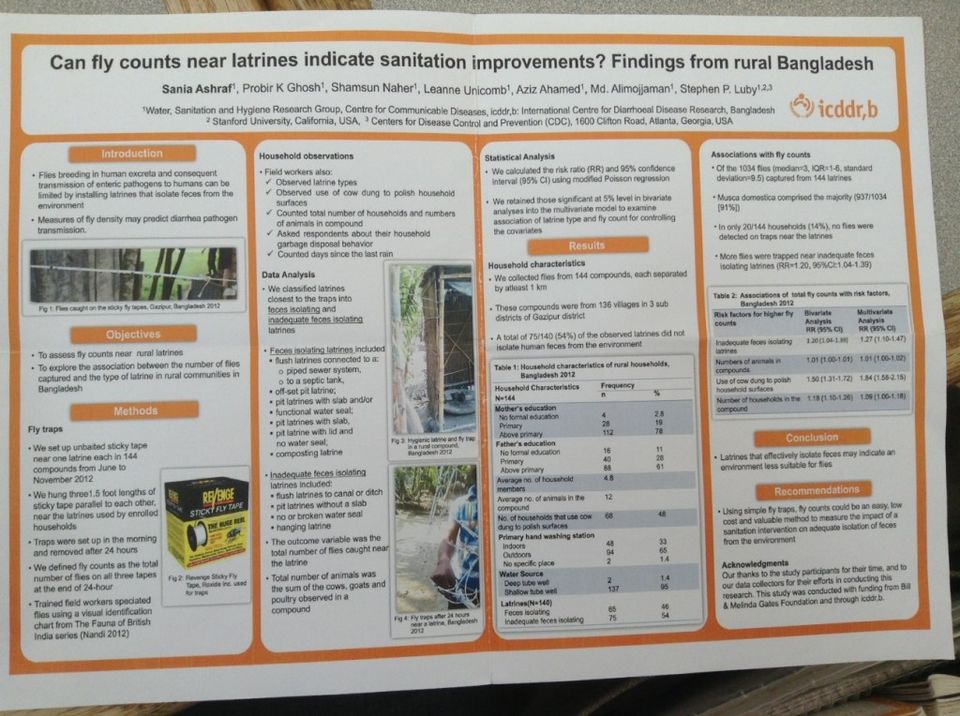 A second interesting paper was Emily Van Houweling and Luis Macário’s “Beyond the demand responsive approach: Clues about rural water sustainability in Mozambique.” The study reported ethnographic research over 11 months in rural areas, and concluded that perhaps it is time to rethink ideas of “community.” As the authors summarize, “the assumption of a homogenous public presumes a harmonious decision-making process, and ignores the major divides within communities that can threaten sustainability and reduce ownership of the water points.” Although this research was based in Africa, the conclusion could not be more relevant to rural India, where policy-makers’ talk of “communities” stands in sharp, perhaps naïve, contrast with the social distance and discord in many villages. For a country where “community” often means “caste group,” not “geographic village,” this research reminds us not to overlook the many reasons why one household might not mind dirtying another household’s environment. 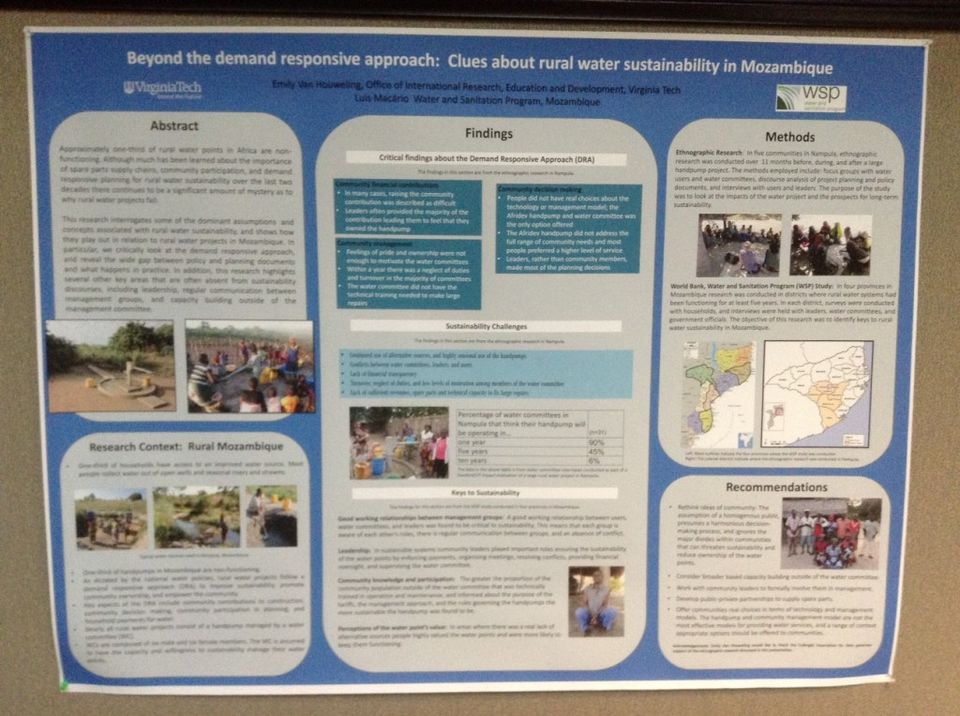