Read Rukmini S's "The partition of India and height" 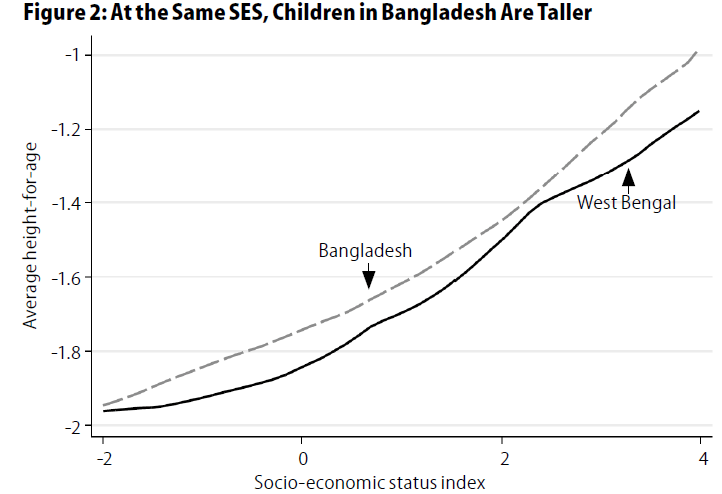 This inspired some interesting reflections by Rukmini in her Datadelve blog at The Hindu. She asks a striking question: "are people who the historical accident of Partition placed on the Indian side of the border better off because they’re richer and slightly taller? Or are those who ended up in Bangladesh better off because even though poorer on average, their health indicators are better than those equally poor across the border?" Of course both health and wealth are parts of a good life, and this is an important reminder that we cannot presume that the policies that promote economic development are always going to be the quickest way to human development.

The good news is that we need not think about persistent stunting as inevitable. History has made that clear: when infant mortality rates went down in Europe's historical development, children got taller. When Korea's north and south diverged in human development, average height did, too. So, it is no surprise that environmental differences also shape average population height here in South Asia. Perhaps, if India followed Bangladesh's sanitary lead, we could measure results by measuring children.