For those of you haven’t been paying attention to the uproar in India over whether school kids get Christmas off this year, we have one more thing to rejoice today: India’s “commitment towards providing transparent, effective and accountable governance to the people of this country.”

Since today is a day to celebrate governance, I thought I would share a relevant story with you from my recent trip to Sitapur. I spent much of the trip in villages talking to people about pit cleaning, and in the process Nikhil and I ran into a household that uses a dry latrine. Now, it’s no secret that manual scavenging still exists in India. Despite the passage of The Employment of Manual Scavengers and Construction of Dry Latrines Prohibition Act in 1993, the 2011 Census recorded almost 8 lakh dry latrines that are cleaned out by people. After over 20 years since the prohibition of manual scavenging, this degrading and inhumane practice still persists.

What was surprising about this particular family was that the head of the household is an anganwadi worker. So, what’s new? Government employees break the law all the time. But, she thought that we were also from the government, and were there to give away latrines. Despite this belief, she had no qualms about telling us she uses a dry latrine and even allowing us to look at it. Not only does her behaviour suggest that use of dry latrines is socially acceptable, it also suggests that she either has no knowledge of the Act or at least no fear of its enforcement. 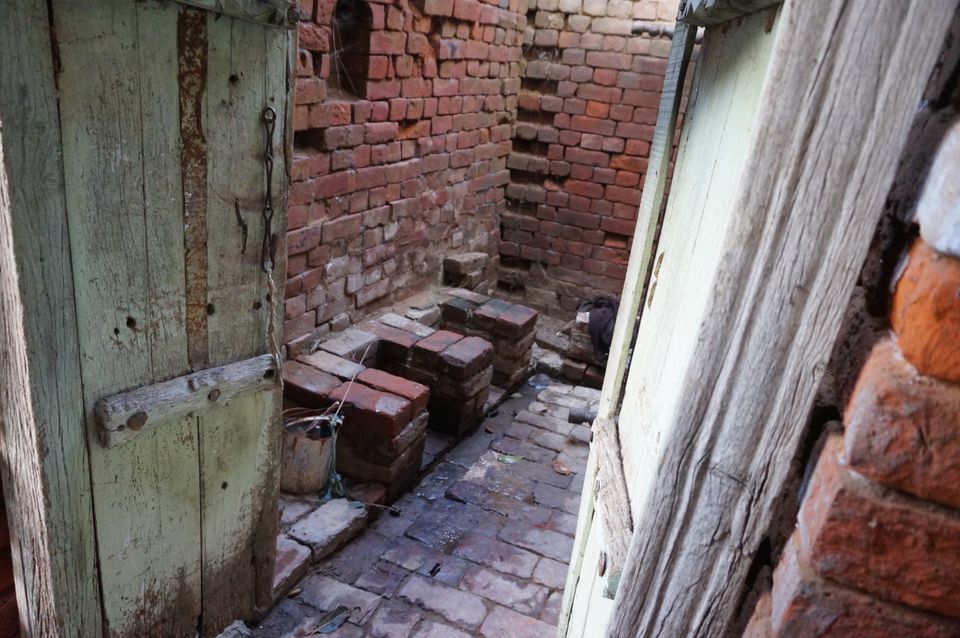 Having a place to defecate in the home is pretty important for this anganwadi’s family. Her son had polio when he was a child and now can hardly walk. He is now 21 and gets around on a three-wheeled cycle which he pedals with his arms. He uses the dry latrine because it isn’t easily able to go in the open by himself and it would be difficult for anyone else in the household to pick him up to take him out. The anganwadi worker uses it too because she believes it is inappropriate for women to go in the open. Every few days, a sweeper comes to pick up the poop and throws it out somewhere, and in return he or she gets Rs. 60 per month.

We tried talking with this household about other inexpensive latrine options. They weren’t excited about any of them. It seemed that as long as manual scavengers were available in the village and would do this work, they would keep using the dry latrine, regardless of any law against it.

How can we expect laws to be enforced and social norms to change when the government isn’t even enforcing good behaviour in its own ranks, among the employees who are closest to the ground? So, as we celebrate the path to good governance today, we should keep in mind just how long the road is.