Do religious leaders talk about defecation in India?

The SQUAT Survey teams randomly selected and interviewed around 3,200 rural households in over 300 villages in Bihar, Haryana, Madhya Pradesh, Rajasthan, and Uttar Pradesh. 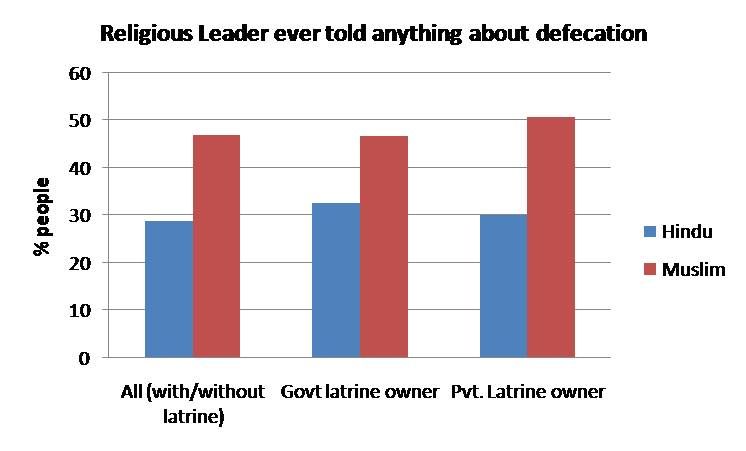 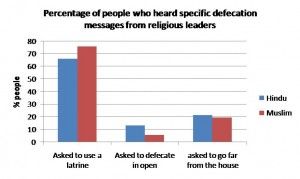 Researches in the past have shown difference in latrine access between hindus and muslims. And if we account the negative externality of open defecation on India’s children it is worth exploring as to why the difference exists. These may be preliminary finding but they certainly point towards a direction where much more can be explored.