Building Latrines, or Encouraging Their Use?

Today we have a blog post by Nidhi Khurana, our wonderful SQUAT survey team leader. She has been traveling around with our SQUAT team for the past 3.5 months, and she is finally sharing some of her experiences with you all today! We will hopefully have many more of these before the survey ends.

“We have got 450 latrines built for our villagers. 650 more applications have been received and we seek to provide them soon to everyone.”

Last month, I visited a village with the SQUAT team in Tonk, Rajasthan, that had started its own local sanitation campaign. The figures mentioned above are the number of latrines that were given to the beneficiaries in this village, impressive given what the NBA and IAY normally cover in a year.

As usual, after sending all the surveyors in their assigned directions, I went to talk to the Sarpanch. I reached the Sarpanch’s house and asked for him/er. Somebody escorted me to the back courtyard without asking my purpose for meeting the Sarpanch. Thinking this was a normal Gram Panchayat meeting, I took a seat and started listening to the conversation. At first, I was a little baffled because they were speaking in English! This was quite strange for a GP meeting. Then, a lady who was so well-dressed I thought she could be a TV reporter started introducing her colleagues to the others at the meeting. This lady turned out to be the Sarpanch. And she was introducing her team to some visitors from a large international NGO. This wasn't a normal GP meeting at all!

And then everyone’s eyes reached me as if they expected me to introduce myself. I began to speak and told them that I am from Delhi University, here with 4 other people, hoping to get permission to conduct interviews with a few households. Without much trouble, the Sarpanch gave me permission after I gave everything to her in writing. I completed all the formalities and went out.

On my way back I saw many latrines outside people’s houses. All of these latrines looked the same, and all of them had the Sarpanch’s name written on them. I found Rajkumar, one of our surveyors, and sat down to accompany him while he did his interview. The household had one of these latrines, but when we asked about the household’s defecation practices, the respondent said that everybody goes out in the fields, including his younger sister and the old dadi. For the next two interviews I sat through, we got the same response. Nobody seemed to be using these latrines, even though they looked decent and had everything that a normal latrine would have!

I also managed to interview the Secretary of the NGO which was instrumental in getting these latrines built. The man told me that they are relying on CSR funds for the latrine construction and the Sarpanch was helping them a lot in fetching these sponsors. I quite liked the approach that the Sarpanch was using but I also wondered if it was a sustainable way of making an open defecation free country, or village to say the least. An English speaking Sarpanch can easily attract the corporates. But the question is how many Sarpanch’s in India can do that?

The Sarpanch surely had a potential to change the face of her village. In fact, the village did look better and cleaner than many other villages, convincingly a Nirmal Gram in the making. However, I hardly found any incentive that was promoting the use of the latrines that were being built. None of the respondents in that village said that they had seen an advertisement or street play on latrines. The latrines with the Sarpanch’s name written on them seemed more like a superficial exhibition of her power and influence.

The Sarpanch needs to realize that a culture which has been practicing open defecation for so long cannot embrace latrines without having a need for them. Emotional motivators can be very effective. Information and Education Campaign (IEC) and Behavoiral Change Communication (BCC) techniques can spur action but subsidies without an associated motivational campaign is indeed good for nothing. 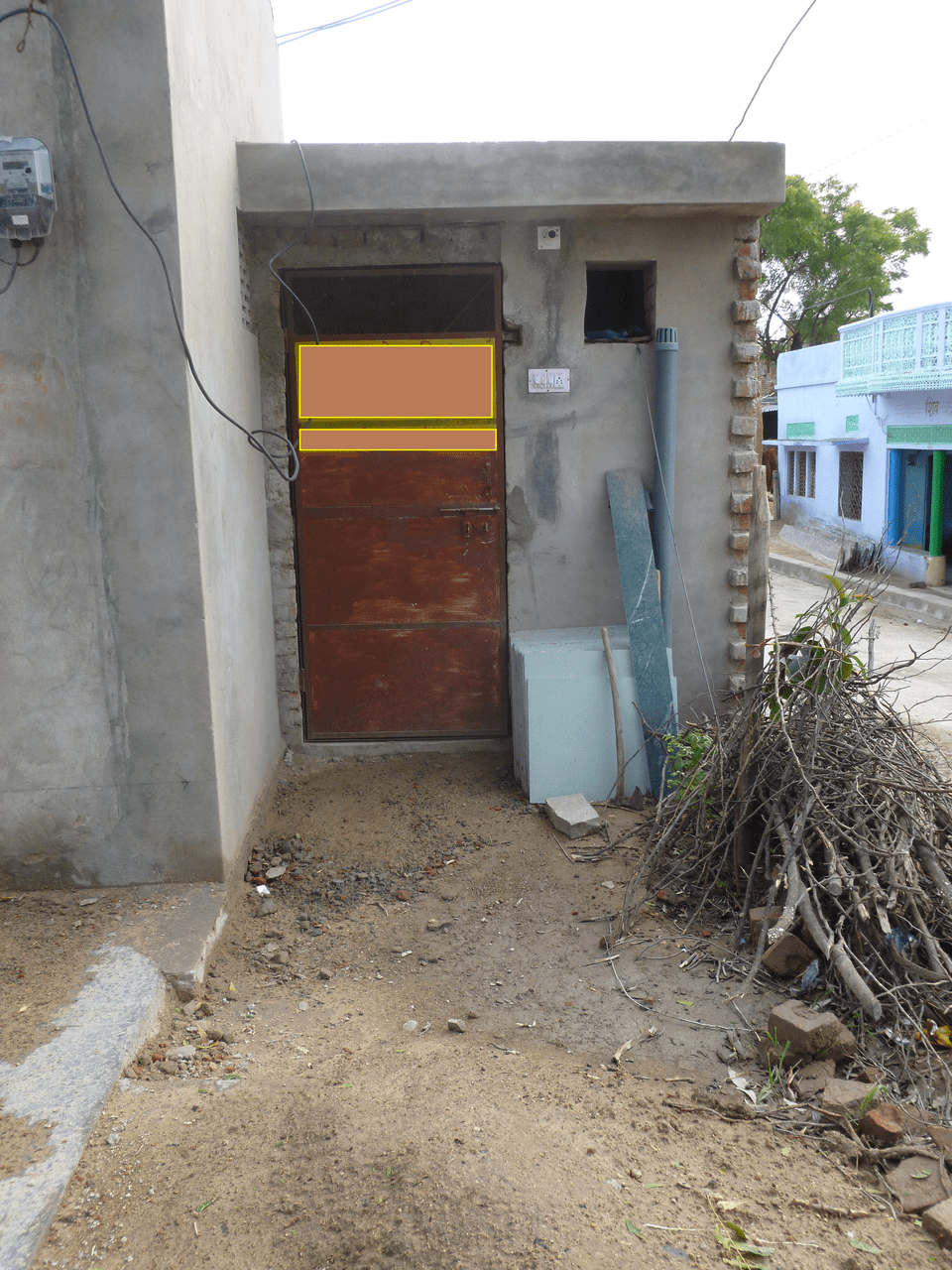