These numbers are considered good summary measures of population health.

The graphs below show state level differences in neonatal, postneonatal, and infant mortality from two of India’s most recent datasets - the Annual Health Survey (AHS) and the Sample Registration System (SRS.The results for most states, and most rates, are quite similar.  The exception is neonatal mortality in Uttar Pradesh.

SRS reports UP’s neonatal mortality rate as 43.9 while the AHS reports it as 50.0.  As stand-alone rates, these numbers do not seem so wildly different, but because Uttar Pradesh has such a large population, the discrepancy in neonatal deaths between the two sources is over 30,000 deaths!  Perhaps another survey is in order.

No matter which of the surveys you use, Uttar Pradesh has one of the highest neonatal mortality (NNM) rates in the country.  That over 200,000 babies die in Uttar Pradesh every year is a tragedy.  These are babies who have been loved by parents and grandparents and siblings and neighbors.

Although the downward sloping lines in these graphs indicate that things are getting better across the eight states, including Uttar Pradesh, improvement is not happening fast enough.  Uttar Pradesh’s especially high rates suggest the need pay more attention to understanding and addressing the causes of NNM there. 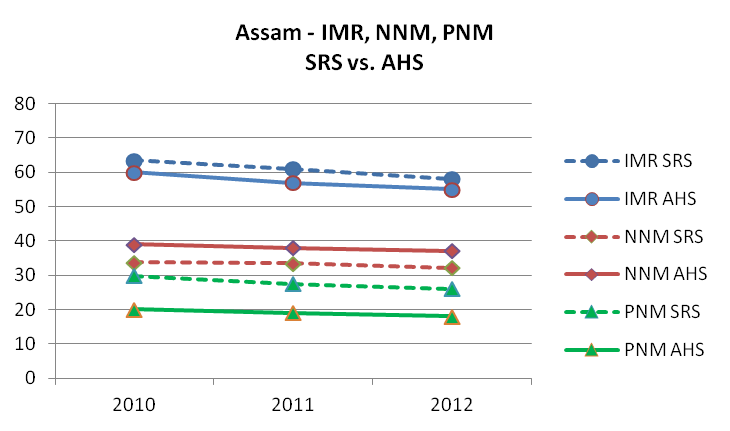 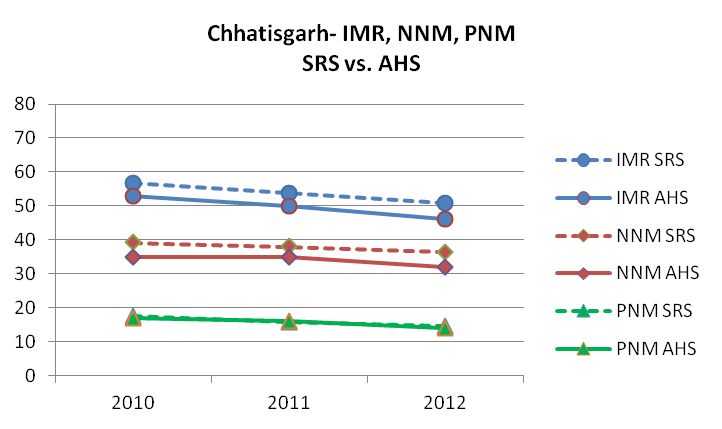 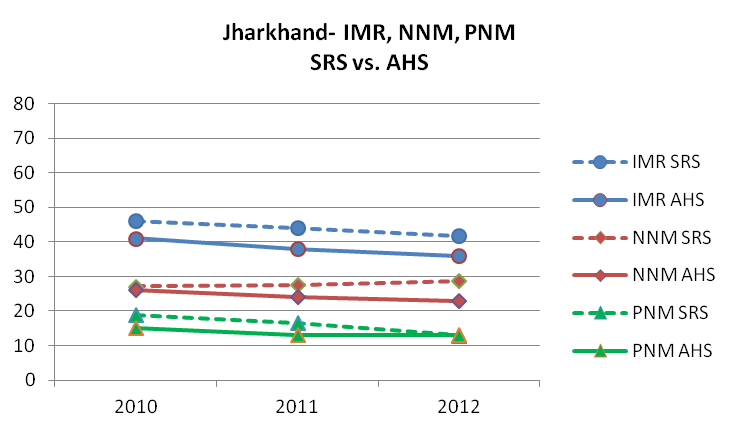 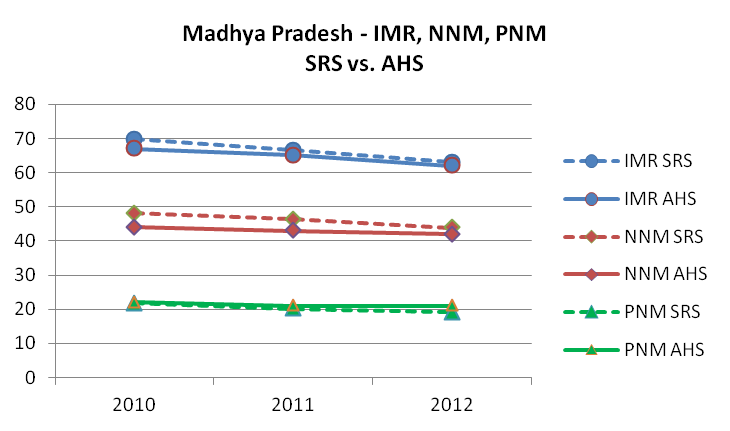 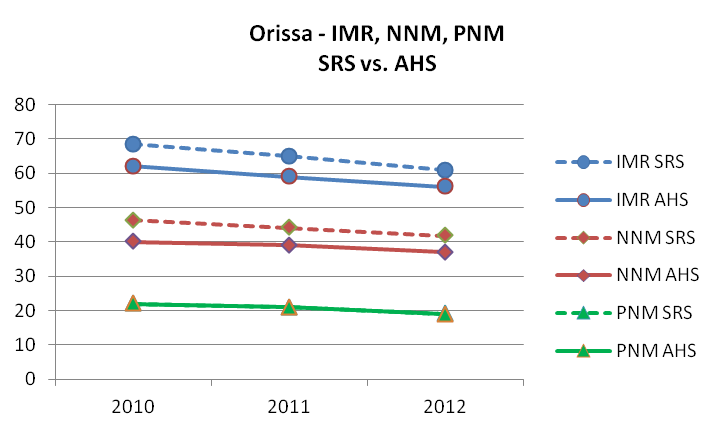 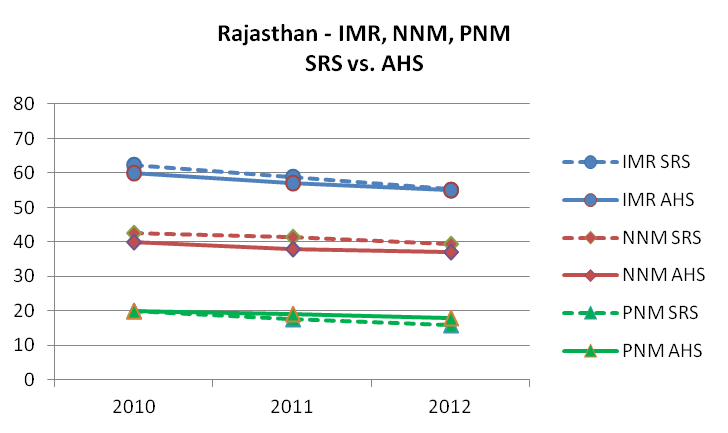 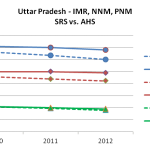